Have We Lost It ? 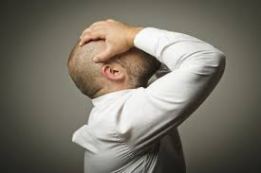 Mass shootings. Rich people bribing their kid’s way into school. Stars of note staging their beating to acquire more fame and fortune. Woman being attacked by a Jaguar while trying to take a selfie…inside the jungle cat’s cage. All of the above and plenty more would attest to our sanity or lack thereof. Today I am thinking about something else.

I am going to do a presentation before our Foreign Policy group here at Harbour Ridge. My topic is Global Migration. I am sure several of you are asking what the hell does TTG know about wandering whomevers and you might be right. Many of the speakers throughout the season are learned. I am not. I have no alphabet soup behind my name. But of I do share a relentless desire for knowledge and I have done my homework.

During the process I have been tossed hither and yon on the seas of public opinion. Today our news is not exactly factual or at least it only brings up the more salacious details. As a result one day I am for it and the next not quite so avid. You have to dig deep and although I have not looked at the 4 million responses  on Google in 3.9 seconds, I have delved below the surface.

I don’t give my talk until next Monday and I don’t prerelease my speech to the press beforehand. Would probably ensure that no one but my beloved wife would show up. I will share with you the entire topic of migration and by extension immigration both legal and illegal tells one there is more than meets the eye.

Beyond the sensationalism of babies being torn from their mother’s breast or Eritreans drowning in the Mediterranean, there are several truths of our globalized world. Most importantly it brings to the fore our total inadequacy of handling 20th century problems with 19th century solutions.

In the US, the bureaucratic nightmare for entry is a testament to our ability to make a relatively straightforward process immensely complex. We have 180 different types of visas. The asylum process involves two or three different agencies, each with their own particular needs and agendas. We have no real way to track and apprehend those who have overstayed. Yet combined we have over 100,000 government employees hard at work to fix things. With more money we could get it right. Sure.

The immigration process in this country has been under consideration for over 33 years. The last time we overhauled it was back in the Reagan Era before many today were even born. We have had Republican and Democratic presidents. Each side has had majorities in the Senate and House and several times combined. Yet we get nowhere.

Ditto our crumbling infrastructure. Ditto schools. Ditto entitlement reform. Ditto our deficit. The battle cry is “Wait until we have power!” And when they do they fritter away time on investigations, hearings and every bit of grandstanding available. That is both sides mind you. No one has a monopoly on idiocy. 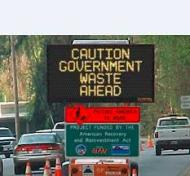 People decry the push to the extreme left and right. Marie La Pen or AOC? Take your pick. My God, democracy is crumbling. We are going to become a socialist or totalitarian state. We have lost our minds. Really? Maybe the solution is far simpler than that.

I think we have lost it. The faith that government can run this company that keeps us alive, protected and fed. People aren’t flocking to radicals. They are embracing anything but what we have now because our status quo is incompetent. Joe six pack voted for Trump because he was a totally off the charts challenge to the establishment. The Warrens, Bookers and Sanders are the antidotes to the rich. It is not political ideology but crowd psychology. Voters don’t read party platforms. They read bios and watch sound bites. Perhaps it is not a swing to the left or right but merely to different.

Reading this you might be tempted to think I have lost it. No I haven’t and that is what is irksome. After doing my research, there are answers to immigration as there are to so many other of our burning questions. The answers require guts and political will. That’s what I think we have lost.

The 115th Congress ending 1/3/2019 enacted over 400 bills but many were ceremonial like naming post offices. The bills all told ran to almost 8,000 pages of blather.

There are 248 million people on the go throughout the world. 59 million don’t want to be. The are “displaced” persons by war, persecution, famine and drought. They come from the Middle East, Africa, Asia and Europe.

“No one pretends that democracy is perfect or all-wise. Indeed, it has been said that democracy is the worst form of Government except all those other forms that have been tried from time to time”.   Winston Churchill

One of the closest issues where Republicans and Democrats place it as a top priority is immigration. By 75% to 14% Americans believe immigration is good for the country. 81% to 17% Americans favor figuring out a way for illegals to become legal.