I am writing a little early this week. I have a lot to do. No, I don’t shop anymore but the divine Miss K and I are on the go for the foreseeable future. The first part of our trek will take us to Denver and the Kenny clan as well as some old friends. 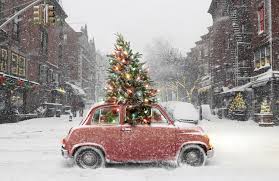 People cringe at the thought of traveling. Me? I am looking forward to all that brings with chance meetings and new friendships. It’s good for the soul.

I have been cogitating over a Christmas message for the past week or so. To get me in the mood, I asked Alexa for some music the other day and all she gave me was Brenda Lee and Rocking Around The Christmas Tree. Not doing it for me. I am looking for something spiritual, not holy roller but contemplative. And that of course brings the yearly clash of what this holiday really means.

There was an excellent piece in the Wall Street Journal about secular versus saintly holidays. For me I think we keep drifting further away from the original meaning of Christmas. That is not judgmental but observational. Just for a moment I would like us all to take off our body armor and think about a concept.

A couple of a thousand years ago there was a baby born. To avoid controversy let’s not call him Jesus or God or whatever but just a child of Joseph and Mary Ginsburg, a nice Jewish couple from Nazareth. They raised him well and he turned out not to be a lawyer or doctor but a preacher. He was really good at it. Now some thought he was the long awaited Messiah. True to form in society we identified with the person and not the message.

As he grew older he took his show on the road, walking from town to town, city to city. At that time there were a scant few paying attention to religion because the high priests were like they are today….. egotistical and out of touch with the real people. But this guy had a different message. 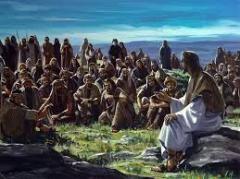 He would sit on a rock or a hill, not a pulpit. Love one another. Help the poor. Visit and heal the sick. The feeling resonated. Damn, it felt pretty good to be nice.

True to form the cognoscenti began to feel uncomfortable. All those centuries of ritual and fire and brimstone were being threatened. If this guy is right, then how are we going to keep people in line? They will no longer need us but will be able to seek salvation and personal peace on their own. They had to eliminate him which is exactly what they did.

Fast forward through history and a lot of people like Muhammed, Pope Leo whatever his number, Luther, and now Bezos and Musk

say they have the secret potion to bring us heaven on earth. Let’s not get hung up on theories but go back to that iconic gentleman who was beyond profound when he set down the basic rule of life: “Do unto others as you would have them do unto you”.

How simple is that? I am going to treat you the way I would like to be treated.. What if we applied it to every aspect of our lives? If you were on the other side of the equation would you want someone lying, raping, cheating, killing or just leaving you by the wayside? Would we really hate, slander, or fling brickbats?  Would we wave nuclear warheads or imprison and torture if it was you or even worse your spouse or kids on the receiving end?

Back to Christmas. We all ooh and aah at the colored lights. There are a number of vignettes on the nightly news about this touching story or that. That stuff is at the same time tragic and salubrious. Oh man, just be happy it doesn’t happen to you. We love having family nearby and call friends we haven’t talked to since the previous year. Why don’t we do that all the time? Be thoughtful and sentimental and even caring throughout the year. Why do we wait for December or at least the last week on October? Good question, don’t you think?

On the gift thing it started out just doing something nice for someone. As in everything we have amped this up, pushed on by non stop advertising and guilt trips. We want a lot and we want it fast. Two day delivery? That will never work. This afternoon or nothing. What do you mean your drones aren’t flying? A parent says I only have 13 presents for Julie and I have 15 for Zach. Better go out and get some more.

Is it me or is this really incredibly sick? Sorry, maybe this killjoy is ruining the vibe.

Okay all you secularists have a valid gripe. I am imposing my beliefs of decency on you under the guise of spirituality. You are right. We should have a separation of religion and the state as well as Macy’s.

But just think about it for a moment.  Aren’t we actually creating a new god and the religion of consumption? All bow down to the altar at the mall or internet. It can be said we are chanting Alleluia on Black Friday as we go prostrate at the doors. In coming years will  I be able to take you to task about your religion and how you are ruining my experience ? Hmm….I think we should all think about that or would it be heresy?.

Merry Christmas, Hannukah, Quansa and of course Target to all.

The average American will spend $700 on holiday gifts and goodies this year, totaling more than $465 billion !!!   If that money was spent entirely on US made products it would create 4.6 million jobs. Just imagine if we spent that money on just fixing things that are broken?

In ancient Rome and early Christendom (200AD), December 25 was pagan celebration fo the birth of the Sun. No pun intended of  course.

The Nativity Scene wasn’t invented until the 1400’s by St Francis. He had an amazing control over animals which of course is why we have cows and lambs in the picture. Go with your strengths.

Santa Claus is actually based on the early Church Bishop Saint Nicholas. He was born during the third century (around 270 AD), in the village of Patara in Turkey, and was known for secretly giving gifts of money to the poor. Don’t let that get out

How’s this for romantic? Mistletoe — that special sprig we all swap smooches under — is actually a parasite, sucking nutrients from its host tree in order to stay festively green all winter long. If enough mistletoe attaches to a tree, it will eventually kill it.

There may be a message here!

Rudolph the Reindeer was created by the U.S. department store Montgomery Ward to get children to buy Christmas coloring books, however, his nose was not red as they did not want him to appear as a chronic alcoholic.

Got a little crazy on Factoids. There were a bunch.  TTG

One thought on “Heresy at Christmas….”