Happy Australia Day. We are in an airport lounge and will unfortunately miss the festivities of the day. One thing is certain these people like to have fun. The landscape is dotted with hundreds of sailboats on Sydney Harbor. The wharves and quays were jammed pack for our last night in town. To add to the mayhem the Chinese New Year is coincidental.

Since we last chatted we have gone from Polynesian to urban stops in New Caledonia, Brisbane and Sidney to round up this crazy sojourn. There is an incredible spirit from “have a go at it mate” to a casual genteel. They strive for unanimity much the same as the UK. On the street you can hear a variety of languages as well as dialects within.

While spending three days here we saw at least five different cruise ships pull in at 8:00 AM  and depart at 6:00PM. Doesn’t seem like a fair shake but the show must go on. A Norwegian Cruise Line behemoth was a sight to see and I am not sure if it was pretty one. A quick glance told you the guests on board numbered well over 5,000. We had 500. They descend on the city like locusts, a ripe prey for the hawkers of all sorts.

This is an outdoor city from the business side to the waterside. There are a raft of outdoor cafes serving anything from coffee to oysters and suds. Semi permanent umbrellas shield you from the sun or an occasional shower. The inside meets the outside. We had wait staff from Brazil, Italy, France and Columbia to name a few. All had their reasons. Most were here to stay.

Brisbane was a gem in its own right. 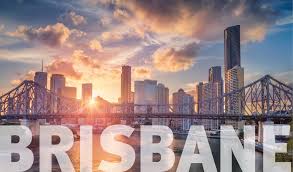 About ten miles upriver from the Jasmine Sea this metropolis has taken itself seriously over the last twenty years and transformed  into a bustling mixture of downtown commerce to the Miami Beach style of The Gold Coast. It seems they make quick work of things and are not bogged down by bureaucracy.

The brush fires have done damage to their land and their psyches. There are fingers of blame but you can’t fight Mother Nature. We woke up on Thursday to the faint smell of smoke but curiously it ebbed and then returned as the wind changed directions. Tour guides pleaded with us to tell everyone they are alive and well..and open for business. They are. The damage to wildlife is enormous with almost a billion lost. That’s right, a billion ! 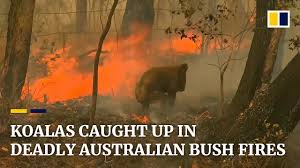 All of these cities are whistle clean. It is a relatively young country and they respect and take seriously their environs. The real estate is ridiculously expensive and you wonder how there are so many who can afford it. Ditto the yachts. One is larger than the other whether sail or power. The one difference is they seem to enjoy it rather than flaunt it.

It has been great to be “Down Under” for so long. Yes kids there is life outside the US. That is not to put us Yanks down but to say we really aren’t the cat’s meow all the time. I keep thinking this confluence of cultures is really good. Everyone has something to offer. The sports are pervasive but it seems to be more about team than superstar.

I could go on for too many pages. Suffice to say Kathy and I are pretty lucky to have been here and to have had each other for 49 years. We celebrated our anniversary Thursday night. We are lucky to be not only citizens of the US but of the world with all its foibles and follies. Wherever you are just pinch yourself. Say thanks to whomever you praise. Good on ya !