As the song goes, a very good place to start. I have been trying to sift through the drama, the personalities and the name calling to try to figure out how the hell we got here. If you are not emotional you are from another planet. But rhetoric and vitriol do not find a solution.

I am going to ask you to get in my time machine and go back about 400 years. The continent of Africa was an active one. The Dutch some 200 years earlier had found some very advanced societies in play. There were also wars aplenty. Prisoners were traded back and forth and they became a source of free labor. The Europeans started trading arms for bodies and the slave trade was born.

These poor souls were put in irons and loaded on ships for the New World. They faced wretched conditions and if they died or became ill they were merely disposed of overboard during the long voyage. 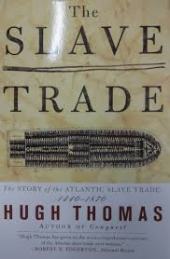 An interesting fact is one of the first slave marketplaces was in Massachusetts. All the colonists saw great opportunities in this new land but not nearly the manpower to tame it all. Slaves were the answer. Entrepreneurship at its best and worst.

Now we can view all this from the comfort of our arm chair while perusing articles on the internet as I have, but if you have the guts to think about it, their plight truly becomes abhorrent. You are not human by any standard. You are chattel to be done with as the owner wants. You are whipped and thrown into a dark abyss. You have no idea where you are. There is no way out.

As time goes on the process and principle of slavery becomes enmeshed in the fabric of our country. Plantations in the South bring a lot of wealth to the landed aristocracy. Towns, counties and states take hold and people come to realize the ancillary livelihoods of the butcher the baker and candlestick maker are totally dependent on the success of this evil venture. Everyone looks the other way until it literally becomes normal if you can call it that.

Back on the farm slave women are there to resupply the stock, entertain the dalliances of the boss man and then go back out in the field. Kids don’t get an education because daytime is work time and there is no sense in schooling.

Men are valued for their brawn until they can no longer work. Medical care? Give me a break. You will get over it. Were there nice people? Of course. But they were still owners.

Fast forward to the Post Civil War era. The downtrodden finally got their freedom only to be taken in by sharecropping. The Southerners in the new Constitutional Congress saw a chance to profit once again off their former chattel’s new found freedom. With all those residents they would be able to get a lot of representatives in Congress. The Northerners cried foul and it was decided that a black man only counted at 3/5 of a white man. What a wonderful country.

All throughout is intertwined that blacks are subhuman or as we like to say, animals. We don’t want you despoiling our gene pool. So let me get this straight. As a black I am not a full white. I can’t go to school. I really don’t have access to medical care because I don’t have insurance because I don’t have a job that pays me anything. I have to live in a particular part of town but other than that I am free at last. Just pick yourself up by your bootstraps boy and hard work will get you through.

Roadblocks were many. Many others including the Irish, Chinese, Indians and yes women were considered lesser and should be kept in their place. But their plight was over a period of time and not sewn into the fabric of our society. And still there was this overriding sense of contemptible acceptance not capitulation. After all as white males we were superior in all ways.

I remember as a kid looking at the news from Little Rock or Montgomery. The German shepherds and red neck cops with a wad of chaw in their cheek.

The beatings and the fire hoses. I watched women screaming racist slurs and spitting at a little girl in a pretty dress and pigtails. Just like my granddaughter who was just here.

How did we get here? The above is part of it. The Civil Rights Act is a little over 50 years old. I didn’t believe the stats but they are true. A black is just as likely to be using and yes dealing marijuana as a white  person but he gets thrown in jail more often for it. If you convict a black and a white of a same crime the man of color does a lot more time.

The lot of the black person today is a sorry one and yes they are in some ways to blame. The Great Society was an abject failure and rife with scandal and waste. Black fathers are absent. But can you look me and probably more so yourself in the eye and say we are all equal? Part of the problem is admitting to the problem. I think both sides have to be honest.

To solve this problem you have to feel it. You cannot accept the grist of either side. You have to read stories and incidents of both protest and looting. You have to imagine what it is like to be black…and white. You have to get so confused with the words and emotions, you don’t know which end is up. It’s where I am. I just had to start at the beginning. Here’s hoping there is an answer in there somewhere. To be continued….

There are more than three million differences between your genome and anyone else’s. On the other hand, we are all 99.9 percent the same, DNA-wise.

The thickness of the epidermis varies in different types of skin; it is only .05 mm. The color of one’s skin is due to long term changes to exposure to sunlight by inhabitants throughout the world. . Yes it is that thickness that separates black for whites or browns or yellows. It is fascinating we all like to have a tan.

The New York Times 100 page “1619 Project” was assailed by the left and the right. Noted scholars said they got it all wrong. The idea was valid but the facts did not fit. How am I (we) supposed to figure this out?

Only a little more than 300,000 captives, or 4-6 percent, came to the United States. The majority of enslaved Africans went to Brazil, followed by the Caribbean. A significant number of enslaved Africans arrived in the American colonies by way of the Caribbean, where they were “seasoned” and mentored into slave life and then brought to the states.  25% of Southerners owned slaves. . 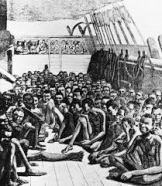 6 thoughts on “Let’s Start At The Beginning….”