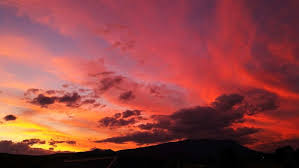 I am sitting here looking out at a small lake behind our house. The sun is rising behind a most extraordinary cloud formation. The colors are nature at its best, not a palette man nor woman could truly replicate. An alligator slowly makes his way looking for breakfast. Two sand hill cranes swoop by on a morning gadabout. Seeing this it is beyond comprehension, the chaos that we have become.

I am getting worn out. Life is a struggle. Not monetarily or physically  but psychologically. My routine is generous but all too familiar. The bubble we live in is at the same time protective but imprisoning. I get cranky. My ship’s clock seems to tick a little louder and my Irish comes out more than not. I get a little nervous because I am not sure if I am just bored or if this is what it is like to be really old ?

I keep trying to find definition. Four months of this seems like an eternity. I can endure most anything if I have an idea when it will end. A hurricane has an eye and a shape and one can check the Weather Channel to watch its progress and see its final roar. A fire no matter how large will burn itself out for lack of fuel. This is not like that.

This thing about masks reveals a lot about us. They weigh less than an ounce. You can slip them on and off in seconds. A minor inconvenience but one that signals we are all in this together. And yet we fight them. These pieces of paper or cloth somehow are a threat to our freedom. Live free or die! It just might happen.

Some explain this is part of our rebellious spirit. After all, we did not want to put up with the King of England. Who the hell does Fauci think he is? We have the frontier spirit that tamed the wilderness. This should be a piece of cake. We have pool parties for hundreds and family celebrations with dozens in attendance.

Then we see the repentant sinners on ventilators in ICU’s saying they didn’t think it could happen to them. What are we thinking?

I am torn between seeing this as an opportunity to excel or wallow in our fears and selfishness. I constantly wonder why a country so advanced in biotech can’t find a quick and easy way to test for this virus? Here in Florida we are hiring contact trackers but they are housed in Virginia without any idea of our local distinctions.We don’t get test results for 10-14 days so tracing become problematic at best. We are woefully short of supplies in every step of the contagion. Is this any way to run a railroad?

David Brooks wrote an essay on Weavers last year. The gist was simply that we had to fend for ourselves and become creative on a local level rather than a national one. There are amazing and resourceful people right in front of very eyes. Rather than waiting for funding and ideas from the feds or even state level we have to look to ourselves in our own burghs and counties. This isn’t an “up yours” philosophy but rather dealing with things in practical and expeditious ways.

With identity politics we are parsing every aspect of society and in the process tearing ourselves to shreds. You are not a Republican but a conservative or middle of the roader. You further can be a Neo, alt right, traditional or maybe even a libertarian. Ditto Democrats, gays, straights, religions and ethnics. Instead of uniting Americans we are doing our best to fracture big ideas and concepts without any chance of agreement. 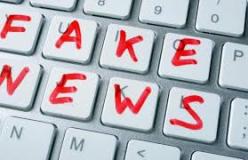 This is fodder for media wether it is televised or texted. They play to this side or that. Depending on your persuasion they preach to the choir. They whip you up into a frenzy. You are either singing Hallelujah or tossing things at the TV screen. They got you. You are right and the other side is wrong. Trolls can be viewed on the tube or your Iphone. You laugh but we just don’t realize how much we are all played. Russian interference? It could be anyone and we are easy pickings!

We have become a nation of personalities not ideas. Politicians, newspeople, titans of industry.  Our heads get bigger with likes from Facebook or followers on Twitter.  Political platforms are at best patch work quilts which are ignored in the long run. Religious and cultural beliefs become a smorgasbord of interpretation. I love free thought but with that said it also scares the hell out of me.

I read George Friedman of Geopolitical Futures. His newsletters and essays try to look at the world from 30,000 feet without approbation to either side. In his book ,Storm Before the Calm, he sees a series of eras in government. During those periods, the country follows a track such as liberal with FDR or conservative with Reagan. At some point the system just doesn’t work. There is stalemate or even chaos. People lose faith and yearn for a different  approach. Maybe we are at that juncture now.

Well the sun is in full view now. It is another day. I am going to try to go out of my shell. I will venture beyond the gates of La La land and maybe my mind. I spilled my guts with my frustrations. Maybe it is time to get to work on a better tomorrow. It is out there. I just have to find it.

Americans have responded to the proliferation of media choices by increasing their consumption. The average number of hours a typical American spends taking in some form of media rose from 7.4 hours per day in 1980 to 11.8 in 2008.  The consumption of news has fluctuated in recent years. The average American spends 70 minutes a day taking in the news, according to the Pew Research Center for the People & the Press.

Fake news is proliferating. The more incendiary the story the more readership is attracted. Ergo higher revenue from advertisers. Algorithms drive people of like beliefs or biases to certain sites. This applies to both left and right minded people.

We tend to stress that 10% of our populace has tested positive for COVID. Is there any solace in the fact that 90% of us don’t.

Confirmation bias is  the tendency people have to embrace information that supports their beliefs and reject information that contradicts them. Presented with an irrefutable premise people will only dig in further. Please don’t confuse me with the facts. 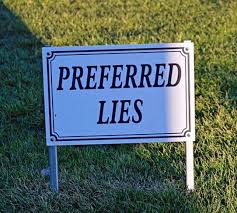